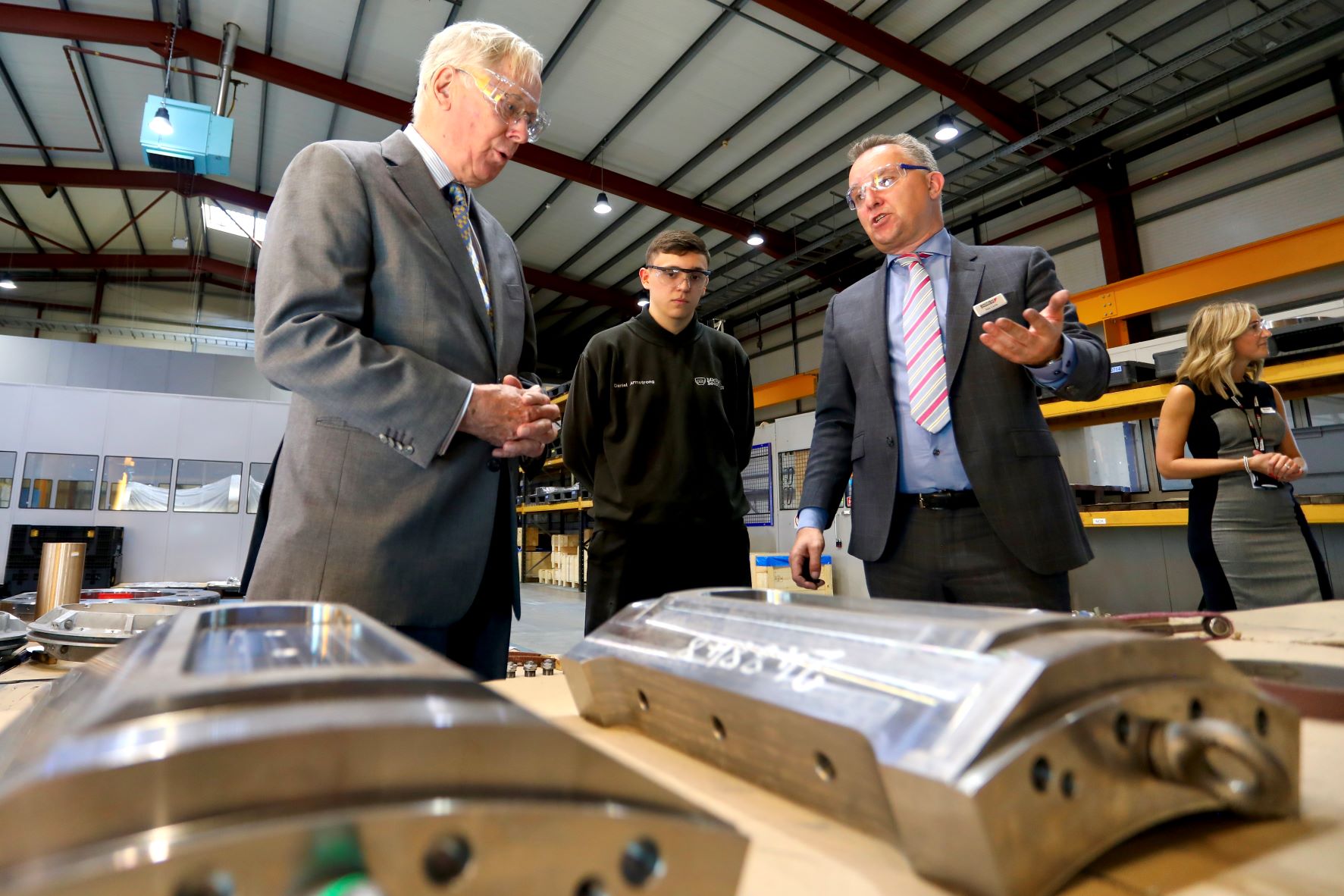 HRH The Duke of Gloucester visited British Engines this month as part of the group’s 100 year celebrations.

BEL Engineering is one of eight members of the British Engines Group of companies based in the North East of England.

The Duke was received by The Lord-Lieutenant of Tyne and Wear, Ms Lucy Winskell, before being welcomed to the borough by Cllr Pat Hay, Mayor of South Tyneside.

As part of the visit, His Royal Highness toured the Michell Bearings and Rotary Power facilities, two of eight companies within the British Engines Group.

The Duke met employees from both businesses including Joe Madden, a Grinder at Rotary Power, who has worked at the group for 52 years. Joe said: “It was an honour to meet and share my experience of working at the British Engines Group with The Duke of Gloucester. The technology has changed massively since I started and is all thanks to the group’s investment in new machinery.”

Alex Lamb, Chairman of the British Engines Group, said: “I am immensely proud to be able to celebrate 100 years of British Engines after the creation of the company by my Grandfather and Great Uncle in 1922. This is a very special year for the group and our employees and what better way to mark the anniversary than with a visit from The Duke of Gloucester”.

The British Engines Group increased its headcount by 45 people during 2021 and with activity levels continuing to strengthen, have launched a significant recruitment drive to attract 100 new employees.

The 100 jobs for 100 years campaign offers a £750 sign-on bonus to employees who join the company over the coming months; an initiative which the group hopes will attract new talent to engineering within the region.