This year marks a special milestone as we celebrate 100 years since the Michell Bearings was founded.

We have faced many challenges throughout our 100 year history, spanning over two World Wars, but we were yet to encounter a global pandemic until 2020. Take a look at how it all began 100 years ago as we reflect on our story so far.

In 1905, prior to the incorporation of Michell Bearings, founder A.G.M Michell registered patents in Britain and Australia for his tilting pad bearing invention, a concept which is widely used around the world today. 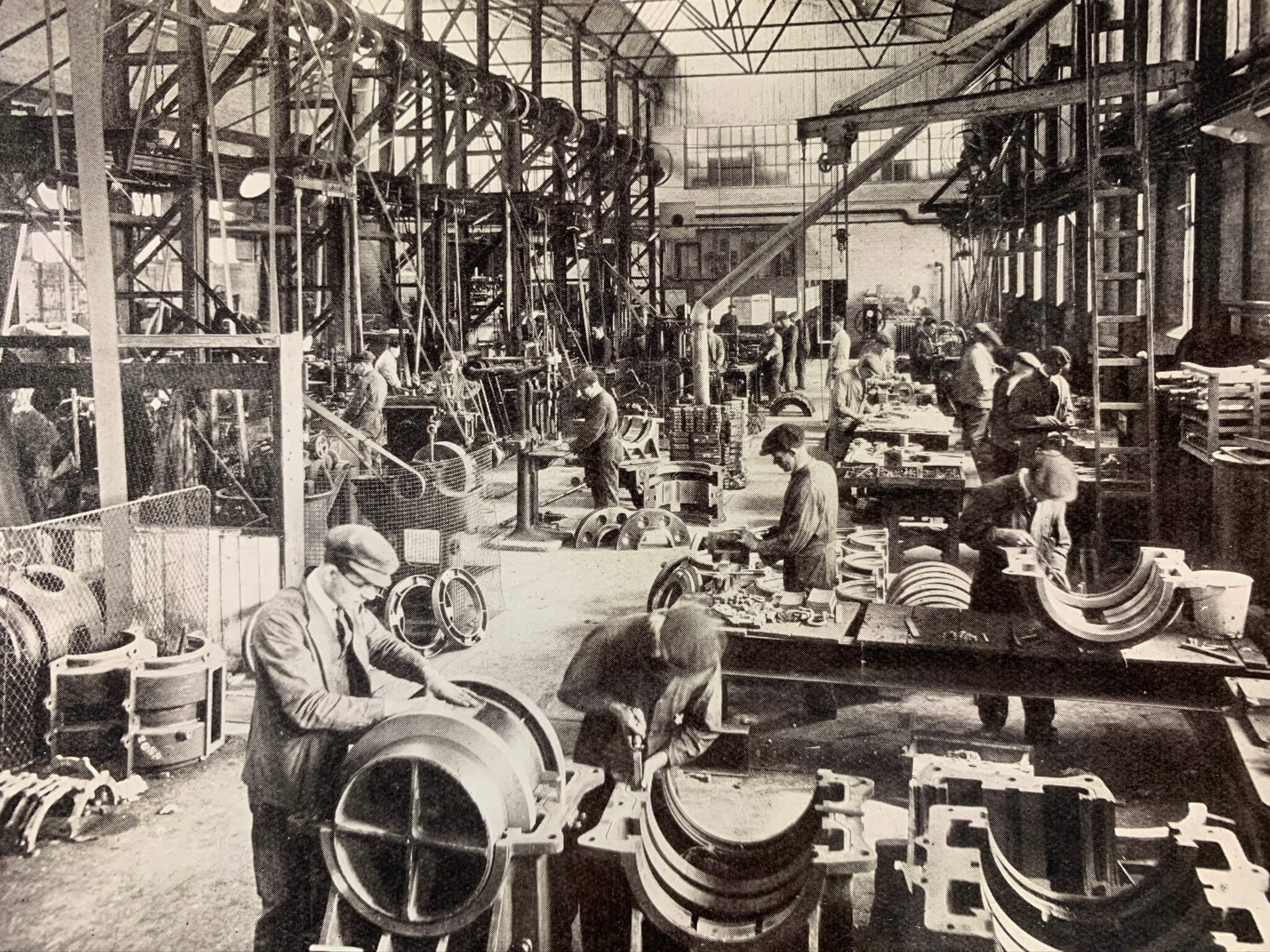 The adoption of Michell’s tilting pad thrust block was revolutionary during the First World War. By the end of the war, Michell’s more elegant state of the art design had replaced the larger, less reliable fore runners and it was estimated that the direct annual saving to the Royal Navy in coal and oil was around £800,000, which is the equivalent to £82 million today.

In 1919, A.G.M Michell was granted an extension of seven years to the original patent which lead to the formation of Michell Bearings as a company in order to manage the patents with a manufacturing and licencing role.

A large factory was constructed in South Benwell and ownership was shared between Michell and Newbigin, an engineer who oversaw the development of the bearing in the UK, as well as four major shipbuilders; Cammell Laird & Co., Vickers, John Brown & Co. and Fairfield Shipbuilding and Engineering Co. 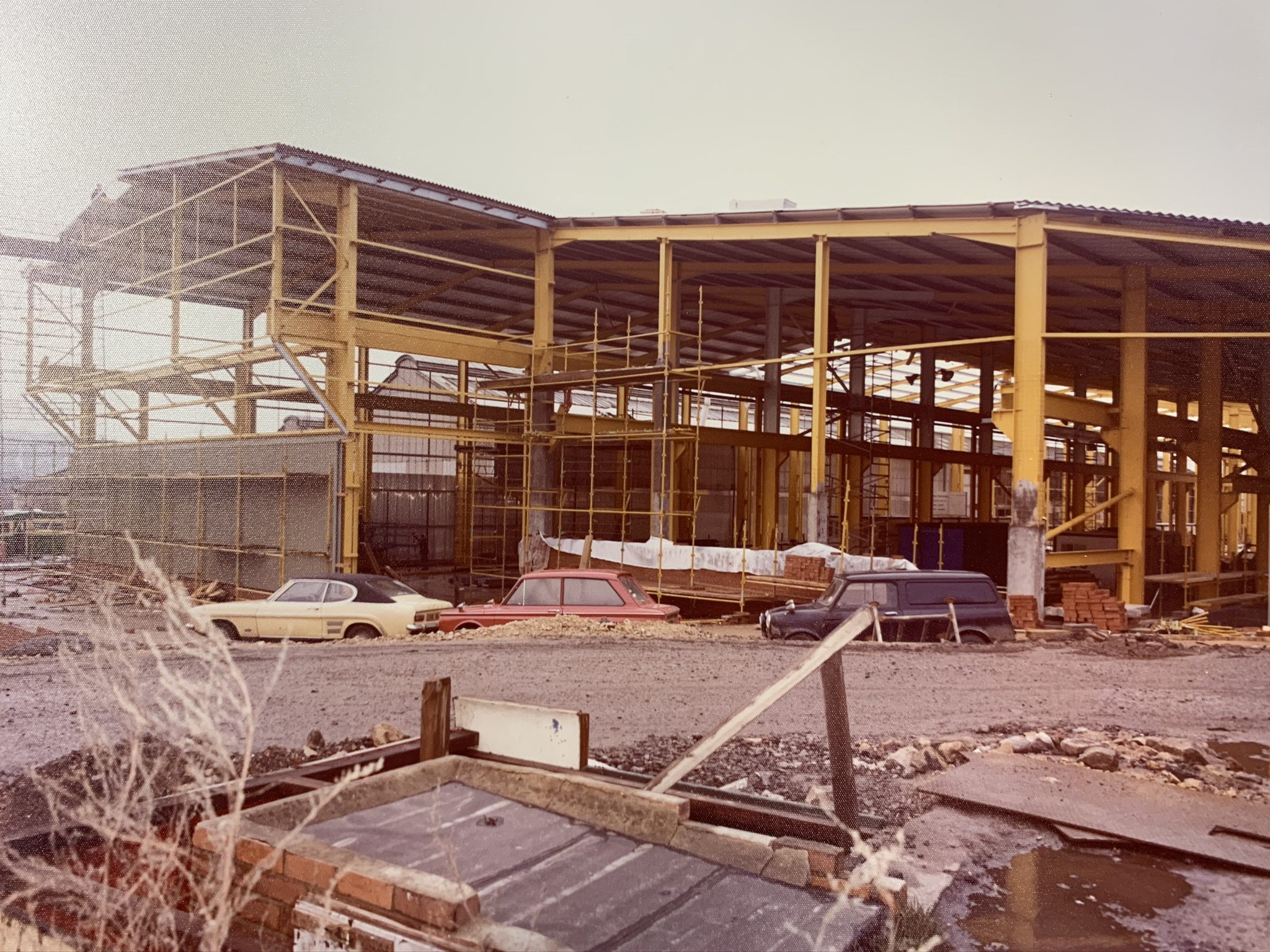 The company moved to larger premises on the Scotswood Road in 1962 and then again to a factory a short distance away in 1978. Meanwhile, in 1969 Vickers  purchased all of the shareholdings and, for the first time, Michell Bearings came under single ownership.

The business was mostly trading in the UK with a strong marine customer base. In the 1970s, UK shipbuilding started to decline and so Michell Bearings began to explore the industrial sector, as well as options to export. Several overseas representatives were appointed, firstly within Italy and France, and gradually across the world. 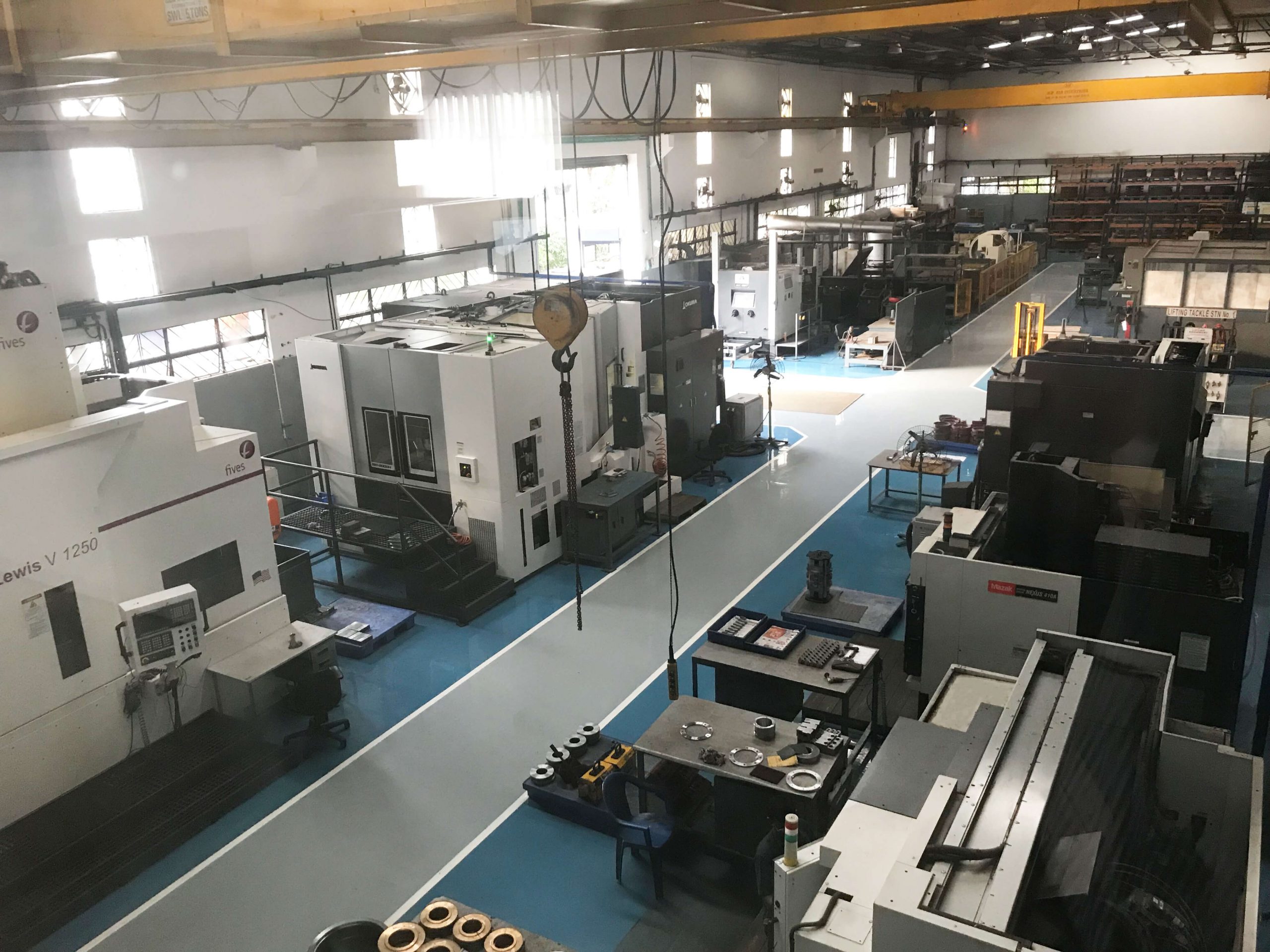 In the early 1990s, Michell Bearings was seeking to grow using a low cost  manufacturing base. After a long evaluation process, India was chosen and a joint venture company was set up in 1994 with our representative in India, Malpani Holdings. Michell Bearings India commenced production the following year within a 4,500 square meter manufacturing facility in Bangalore. Currently employing 57 members of staff, the facility plays a vital role within the business’ industrial market replicating the state-of-the-art manufacturing methods, CNC capability and cutting tool technology used in the UK.

In 1999, Vickers was purchased by Rolls-Royce and became part of the company’s marine operations for the next 15 years. Our association with Rolls-Royce allowed us to significantly expand into the US naval market and resulted in a series of high value contracts for front-line warships and coastguard ships.

Finally, five years ago, the British Engines Group purchased the business and the acquisition saw Michell Bearings move to South Shields becoming the group’s seventh engineering company in the North East. Since 2015, there has been considerable investment in both the UK and Indian facilities and we have continued to expand our global reach with the appointment of key overseas sales employees and representatives.

Steve Dixon, CEO at Michell Bearings, said: “It is a privilege for us all to be part of history as we celebrate 100 years since the incorporation of Michell Bearings. The fact that the business has reached this significant milestone is a tribute to everyone, past and present, who has dedicated themselves to the success of the company.

“The hard work of our employees is greatly appreciated and our efforts today are crucial to ensuring that Michell Bearings prospers for generations to come.

“There’s no doubt it’s an unusual time to celebrate this centenary, and of course we are disappointed that we can’t have a bigger celebration. But it’s important that we come together in some way mark this special occasion.”

In recent years, Michell Bearings has continued to grow and expand in markets such as hydropower, nuclear power and naval propulsion resulting in record sales in the last financial year. The past two years have seen the company manufacture its fastest self-contained bearing within the nuclear power industry, largest thrust block for naval propulsion, and largest horizontal bearing for a civil aerospace development application.

More recently, bearings for a nuclear reactor cooling pump application have successfully completed a station black out (SBO) test at the Michell Bearings facility. It is thought to be one of the world’s first successful tests in this context. The SBO test simulates an environment where a nuclear power station loses all electrical power and the successful operation of the bearings is key to maintain the safe onward operation of the nuclear reactor.