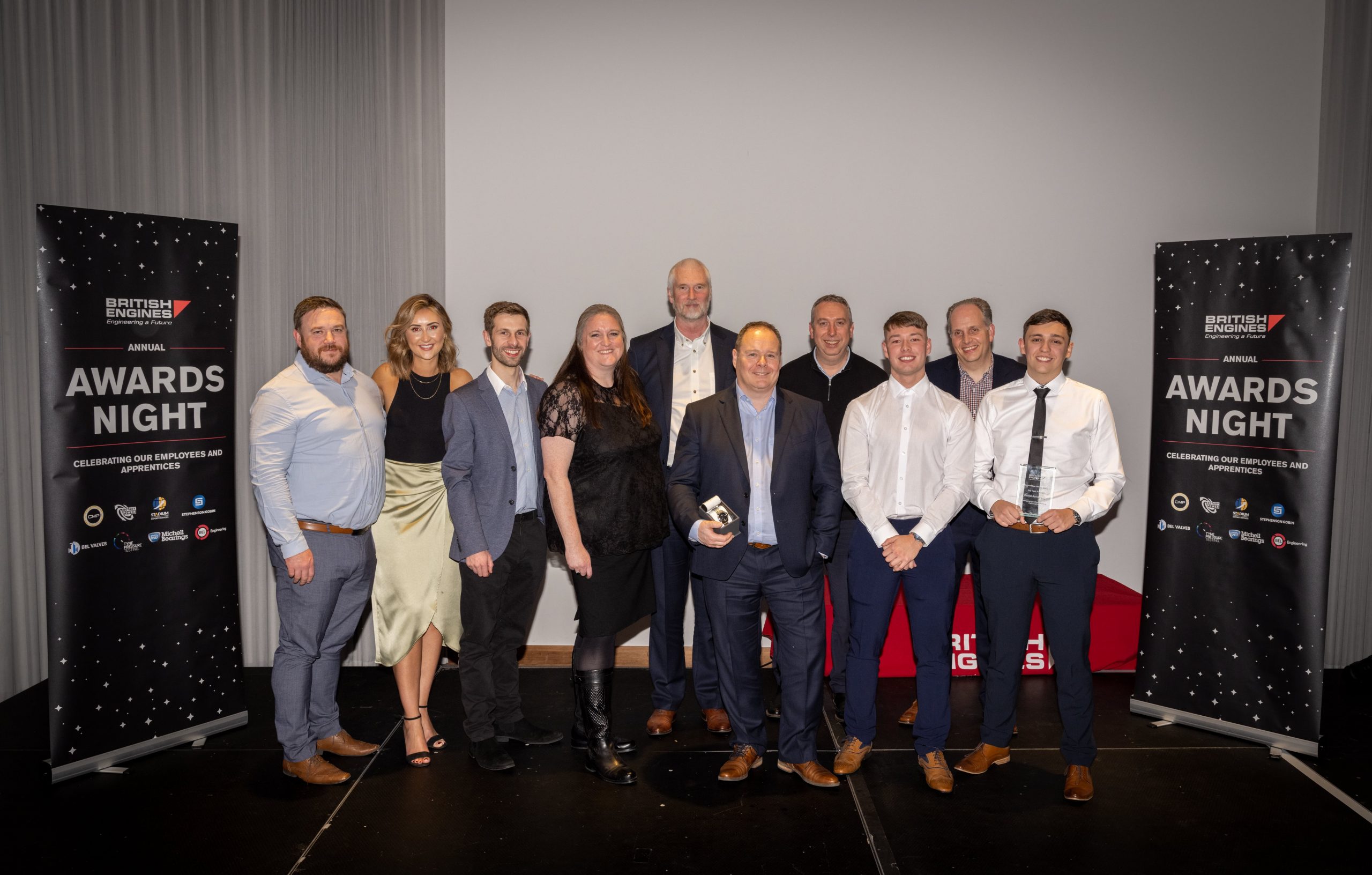 Congratulations to our employees who received an award at the British Engines Group Annual Awards Night 2022.

The awards night acknowledges the group’s long serving employees who have been a part of British Engines for 25 years, as well as apprentices in their first, third and fourth years.

David Gray was awarded for 25 years’ service to the British Engines Group. David started with Michell Bearings in 1998 after an industrial placement year in 1996 whilst at university. Following his initial appointment with the logistics team, David has spent the majority of his career in customer support, working his way up from repair sales to a projects role and currently to Customer Support Manager since 2015.

David’s practical product knowledge and methodical nature are key traits needed for his role and are constantly demonstrated on a daily basis. Thank you David for 25 years of service!

Well done to our apprentice, Daniel Armstrong, who was awarded the ‘3rd Year Apprentice Award 2022’.

Daniel’s manager, Steve Merrington, commented: “Daniel has produced some great ideas during the 6S projects in fit and assembly, an area of the business which is particularly challenging. His ideas are safety driven and he has proven to not only be a very useful member of the team, but also popular with his colleagues.”

All British Engines Group apprentices were commended for their outstanding levels of commitment and versatility as they progress through their apprenticeships.

Are you interested in a career at the British Engines Group? Take a look at the jobs we have available across the North East.