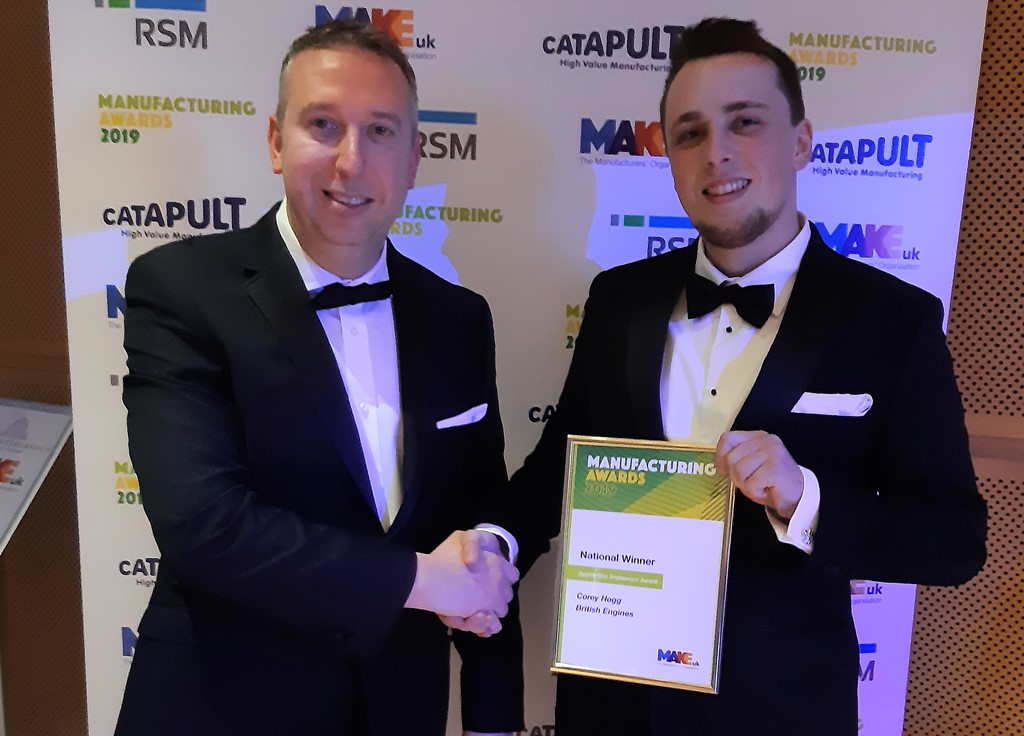 Since joining Michell Bearings in 2015, Corey has demonstrated an excellent work ethic showing a clear desire to progress within the business, whilst overcoming a number of personal challenges.

We spoke to Corey after the awards: “It was a great experience to be able to attend the Make UK Engineering Awards, let alone win! I am very grateful to have received an award which demonstrates my achievements during my apprenticeship.”

Operations Manager, Paul Taylor, said: “From day one Corey’s enthusiasm and appetite to learn has marked him as an outstanding apprentice. Despite facing some challenges along the way, he has consistently achieved top marks in his coursework, received exemplary feedback from college tutors and excelled in our internal Apprenticeship+ programme.”

Paul praised Corey for the work which he has put into the training plan: “Corey has made a firm impression on senior members of staff here at Michell Bearings. He has received a great deal of praise from the Production Engineering Manager and the Engineering Director for his contributions to the business, the legacy he has created and his academic achievements to date.”